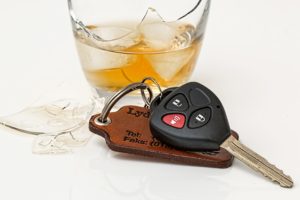 How Effective are DUI Punishments?

It is no secret that a DUI can drastically change your life. Being convicted, or even charged, with any crime affects your financial and personal life more than most might think. However, there is an unspoken assumption that a punishment fits the crime. For example, convicted arsonists face steeper consequences than jaywalkers. Society doles out harsher punishments for worse crimes, supposedly out of a sense of justness and hope that future criminals will be deterred. Are either of these objectives achieved through how we currently handle DUI convictions?

What are the current punishments?

Let’s explore the current punishments for a DUI conviction. A lot of it depends on the exact circumstances surrounding your case; for example, your blood alcohol level and whether anyone was injured as a result of your driving. Your driver’s license will be suspended following your arrest, and if convicted, you will be sentenced to serve time in jail, although you can fight both of these penalties if you secure representation. Furthermore, following a conviction, you will be fined, and some first time offenses can cost upwards of $3,500. Additionally, MVD requires installation of an ignition interlock device for all alcohol-related DUI convictions. This is time, money, and resources that a lot of people do not have.

DUI convictions also carry societal punishments. Many employers have clauses in their employment contracts that prompt immediate dismissal upon a DUI conviction. Arizona is an at-will employment state, meaning that your employer is not required to establish a just cause for dismissing you, so a DUI conviction could mean swift unemployment. Job applications also frequently request a disclosure if you’ve ever been convicted of a DUI, among other crimes. While a past DUI conviction is unlikely to have an impact on your future job performance, employers often see this as a red flag and will “go another direction” instead.

Where does Arizona stand?

A recent survey slated Arizona as the toughest state in the US when it came to DUI punishment. Arizona has stiff mandatory minimum sentences upon conviction, even if it is a first offense. However, the state also ranks second in prevention strategies. Particularly with repeat offenders, the state has great success reducing recidivism. Measures like house arrest and ignition interlocks can be used to great effect.

When comparing Arizona to the most lenient state, South Dakota, there is a very clear difference. While 1.7 percent of Arizonans admit to driving after drinking within the last month,  2.5 percent of South Dakotans are driving under the influence. The 0.8 percent difference cannot be directly connected to the severity of DUI punishments, but there is a correlation.

Given the potential consequences to others’ lives, Arizona understandably wants to keep impaired drivers off the road. It has adopted a policy of strict punishments in order to deter future offenders.

On the other hand, crimes with a similar impact on society do not result in the same consequences. Consider other cases of distracted driving, where drivers are eating, texting, talking, or even watching videos while operating a motor vehicle. It is not even illegal to text and drive in the state of Arizona, though some individual cities penalize such behavior. However, it does not carry the same consequence as a DUI. Instead, you will be assessed a relatively minimal fine.

This is especially at odds with some recent research that suggests that texting is more dangerous than being legally intoxicated while driving. Considering that both of these acts–choosing to text and choosing to get behind the wheel after drinking–are a conscious decision, it is interesting that one is judged so differently from the other. Both alcohol and texting can be addictive and significantly impair one’s ability to drive, but the consequences vary greatly.

So why do people still drink and drive?

However strict Arizona’s DUI laws are, driving under the influence will never be curtailed unless offenders’ motivations are understood. Repeat offenders know that their chances of getting caught are very low. Their previous experience of repeatedly traveling well-known roads while impaired gives them confidence that they can avoid being detected while DUI. It has been estimated that an impaired driver’s chances of getting caught on a busy weekend is only 0.5 percent. Now, while the rational person can weigh that chance against the life-altering consequences of a DUI, an intoxicated individual’s impact calculus is obviously skewed. The fact is that no matter how harsh these punishments are, their effectiveness as a deterrent is reliant on an individual’s ability to assess that risk when his or her judgment has already been impacted by alcohol.

Are the Punishments Effective?

That is the problem with many preventative measures against driving under the influence. Increased taxes on alcohol, access to ridesharing services, checkpoints; they all rely upon an individual to weigh options and make wise decisions when he or she is under the influence of a substance. Remember, part of what makes DUI punishments so debilitating is that they deprive the offender of access to his or her car. Much of our daily lives is dependent on a vehicle, and many people make the decision to drive after drinking due to anticipating their needs for the next morning. That future need is more important to the individual in the moment than the chance of getting caught, and none of these punishments address that thought process. Couple this with the fact that people believe that they recover from alcohol’s effects faster than they actually do, and it is easy to see how so many intoxicated people get behind the wheel. Indeed, even with experience with the justice system, 30 percent of offenders will continue to drink and drive.

Is Arizona catching the guilty?

There is often no way to know for sure if someone is guilty 100 percent, so can a punishment truly be just if the guilt is questionable? Even focusing at the very beginning of the legal process, when officers test the suspect for possible impairment, there are potential faults in the investigation. While there is science to support these charges, in all actuality, the science can be more flawed than most people realize. Our dependency on that science has led to innocent people losing years of their lives in prison. While scientific investigations should not be abandoned, the criminal justice system ought to realize that science is a tool, not a crystal ball.

Field sobriety tests, breathalyzers, and blood tests all have potential issues. The instruments used to collect that data are not always accurate, and when humans interpret and transfer that data, misinterpretation or contamination becomes possible. Additionally, there can be issues with the equipment that labs use to analyze the data, as happened in our own Scottsdale Crime Lab.

If this seems like a complicated issue by now, you are right! But it only gets more complicated when you consider people under the legal drinking age. The current legal drinking age is 21, and Arizona has a zero tolerance law in place concerning minors, meaning that even if they are below the .08 limit, they can still be charged with a DUI. So while a 21-year-old might blow a .05 and be in the clear, the same cannot be said of his 20 year old friend following behind him. Even though their physical competence to drive is the same, in that their BACs are the same, the 20 year old can still be charged with a DUI, and if convicted, could lose his or her driver’s license for up to two years.

DUI punishment is a contentious issue. There are proponents on both sides, as with any emotionally charged issue. When dealing with people’s livelihoods, it can be difficult to look back and examine the issue with perspective. Both offenders’ and victims’ lives are impacted by a poor decision. In order to manage the full impact of the criminal justice system, those charged with a DUI ought to secure representation. Criminal defense attorneys are an invaluable resource, not only to the defendant, but to the system as a whole. In order to achieve a just outcome, you will need an attorney who knows all of the intricacies of DUI law and punishments.

Let the Madness Begin!The Legal Repercussions of a DUI