Can an energy drink cause a false positive result for DUI or drugs?

Are Energy Drinks Dangerous for DUI?

Nearly all of us have grabbed a Monster, AMP, or Red Bull at one time or another, usually in anticipation of a looming deadline. According to Healthline, Energy Drinks are not the healthiest energy source for our bodies. But we tend to ignore fact for that desperately needed last-minute burst of momentum. You know, that boost to finish a paper or project or to get through a long day. Aside from that bad rap of being unhealthy for us, energy drinks can also have a rather unexpected effect. 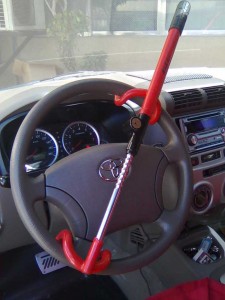 In Arizona, one potential consequence of being convicted for DUI is the requirement to install an Ignition Interlock device on your car. Every time you get behind the wheel, the Interlock requires you to blow into a tube. The device then detects the presence of any alcohol on your breath.

The legal limit is 0.08, however, Interlock devices test your breath at a lower concentration than this limit, ranging from 0.02 to 0.04.

If your concentrations are over the accepted levels, the device prevents you from being able to drive the car. It also sends this information to the DMV, which logs and monitors these infractions.

Energy drinks don’t contain any alcohol, do they? The cans don’t list any, and if they do, it is a very, very tiny amount, right?

In fact, according to Wikipedia, “alcohol-free” energy drinks can contain up to 0.5% ABV of alcohol.

Alcohol In of Energy Drinks Study

A study performed by Lutmer, Zurfluh, and Long (of the Missouri Department of Health and Senior Services) looked at 27 different popular energy drinks and ran tests on each drink.

What they found was surprising. Drinks with alcohol concentrations of 64 mg/100 mL or greater would give positive readings on a breath alcohol machine.

Eleven out of the 27 drinks tested, almost half, would leave their drinker with a positive breath alcohol concentration within only a minute of drinking them. These levels were detectable on devices similar to the Interlock.

These drinks don’t necessarily intoxicate you, and it would not be such a great idea to drink several in hopes of getting a “buzz.”

What these drinks do is create a chemical environment in your mouth. This change is the “mouth alcohol effect,” and will create a false positive reading on your Interlock device. This can artificially inflate your reading by up to 45%.

A reading this high would prevent you from driving your car. The machine is essentially tricked into concluding that you have consumed a regular alcoholic beverage. When it detects that amount of alcohol, it blocks your ability to drive the car.

This can make you late to work, late for an appointment, and can appear from the outside as though you are trying to drink and drive.

Since Interlock devices are monitored periodically, it can leave a bad mark on your attempt to ‘stay clean’ after a conviction.

So try to avoid having too many energy drinks for a few reasons, but especially if you have an Interlock installed in your car. Read up the alcohol contents of these drinks online to avoid running into any snags down the road.

Happy Fourth from the Valley on the Surface of the Sun!